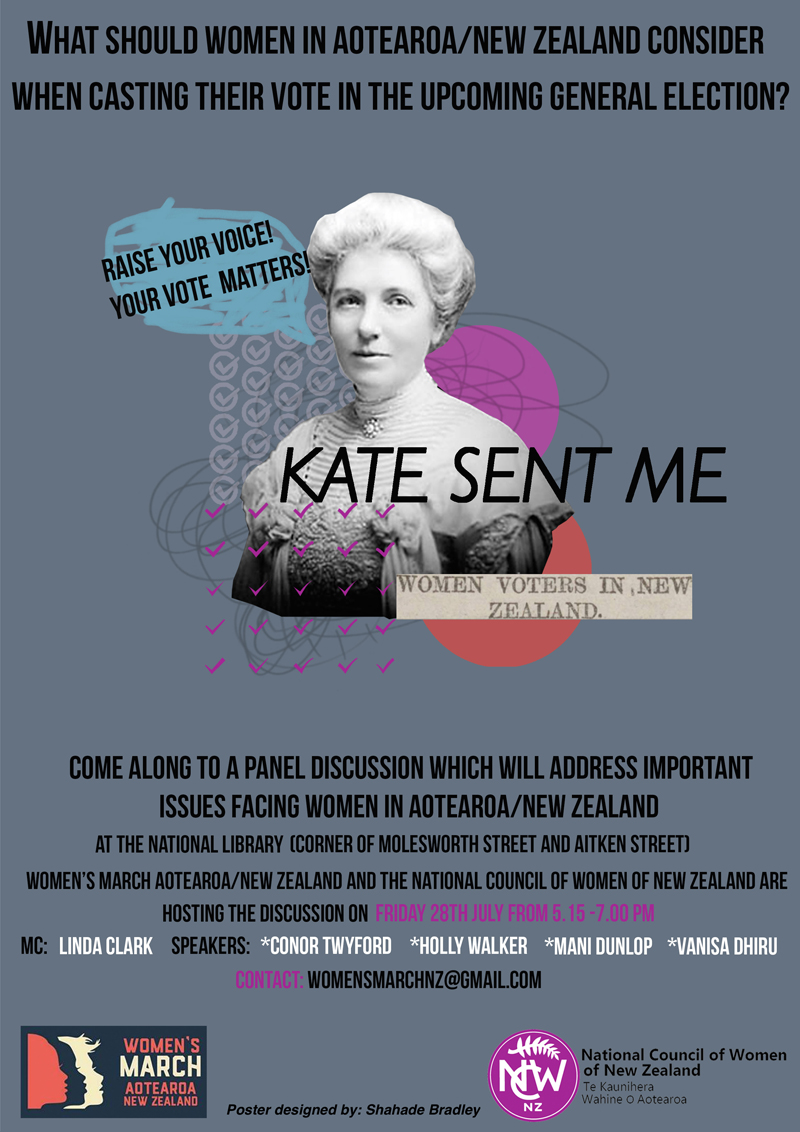 What should women in Aotearoa/New Zealand consider when casting their vote in the upcoming general election?

Join us for a panel discussion that will explore important issues facing women across New Zealand.

Women’s March Aotearoa/New Zealand and the National Council of Women will host the discussion at the National Library in Wellington, on Friday 28th July from 5:15 – 7:00pm.

This date also marks the submission of the suffrage petition to Parliament on 28th July 1893.  The Women’s Suffrage Petition, along with 1840 Te Tiriti o Waitangi and the 1835 He Whakaputanga, are part of He Tohu a permanent exhibition of the three iconic constitutional documents that shape Aotearoa New Zealand.

The MC for the event was lawyer and former broadcaster, Linda Clark.

Mani is leading a Māori Mentoring Scholarship Programme, Whai ake i te Ara tika, at Te Whare Wananga o Wairaka (Unitec Institute of Technology) in Auckland . Whai Ake supports 38 Māori students from all academic disciplines and operates under tuakana/teina (older sibling/younger sibling) tikanga. Māni is also in her second year of her Masters Fellowship in International Communications. In 2017, Māni is working on her creative thesis around mana wahine identity and plans to use pūrakau (stories, narratives) and rongoā (Māori medicine) methodologies to carry out her research. With a background in journalism, working for Radio NZ (General news, Te Manu Kōrihi, The Wireless) from 2012 – 2016 after graduating from the NZ Broadcasting School, Māni also works as a freelance journalist.

Holly Walker is a children’s advocate and writer based in Lower Hutt. From 2011-2014 she was an MP with the Green Party, but stepped down at the last election when her parliamentary career started to clash with her care responsibilities, to the detriment of her mental health. She wrote about this experience in her first book, The Whole Intimate Mess: Motherhood, Politics, and Women’s Writing, which was published in June by Bridget Williams Books. She now works for the Children’s Commissioner and is a freelance writer and reviewer on the side. She lives with her partner and three-year-old daughter and is expecting her second child in September.

Conor is the still fairly new General Manager of Wellington Sexual Abuse HELP. Now 9 months into the role, she has a background in political, union and community organising. Her previous roles include general secretary of the Alliance party, coordinator of the New Zealand Council of Social Services and campaign organiser for the New Zealand Public Services Association. She’s an environmental scientist and artist, a lesbian feminist mother of twins with another one on the way who is passionate about ending sexual and gender violence.

New Zealand-born Indian Vanisa Dhiru is the Vice President and International Secretary of the National Council of Women New Zealand (NCWNZ), building gender equality for New ZEaland. Her past community involvement has led her to be the only New Zealander in the BMW Foundation Responsible Leaders Global Network. During her paid working career, she has been in leadership roles within the not for profit sector, including CEO of Volunteering New Zealand, Chair of ComVoices, and Executive Director of the 2020 Trust.Vanisa was included in the “50 Women of Achievement 2016” for her commitment to progressing gender equality; and was the Chair of the Women’s Suffrage Petition Advisory Group for the He Tohu exhibition at the National Library.

Seats are limited, so please register before 25th July.

Please email us for further information.

If you can’t make it to the kōrero, please join us in a closed Facebook Group for the Women’s March Huddle Wellington members. 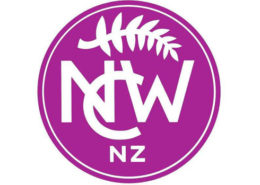