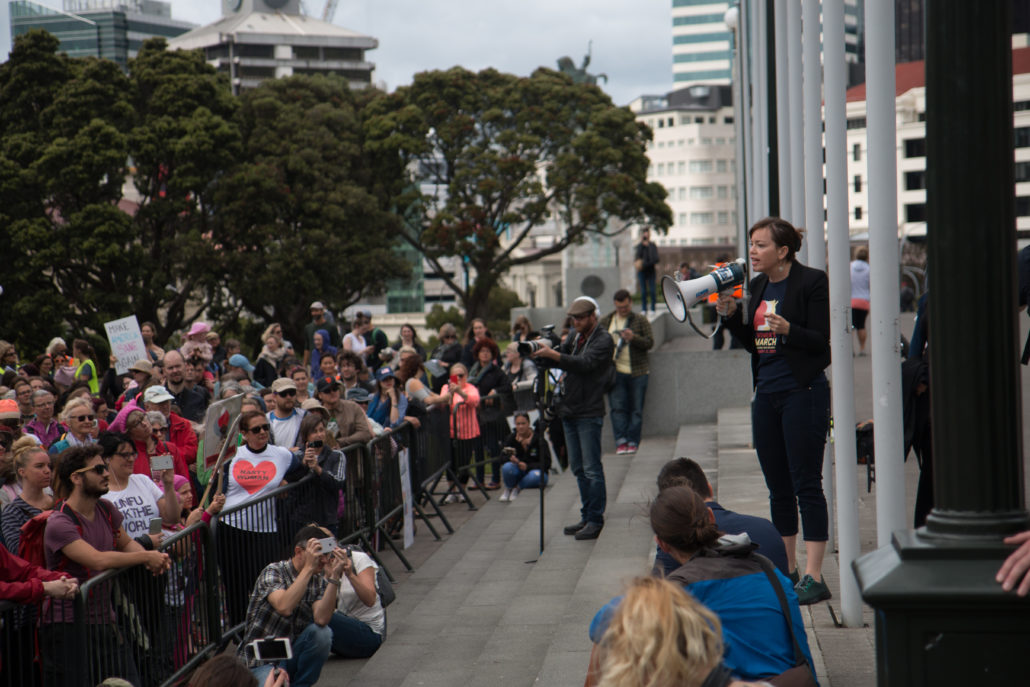 Nau mai, haere mai to our new Minister for Women, Julie Anne Genter.  In Wellington on January 21, Julie Anne was our keynote speaker.

That Saturday she was attending a friend’s wedding in the Wairarapa, but she took time out of her day to speak on the steps of Parliament.

The Green Party MP hails from LA and has studied at UC Berkeley, Sciences Po Paris and the University of Auckland.

In Aotearoa, she worked as a transport consultant researching transport economics and urban design before working in Parliament and then becoming an MP in 2011.

Julie Anne Genter has stated that one of her top priorities under the Women’s Portfolio is to close the gender pay gap in the public and private sector.

To address this, we may see the narrowly defeated Equal Pay Amendment Bill (voted down 60 to 59 in May this year) return as a Government Bill.

Julie-Anne Genter is also Associate Minister of Health and Transport.

Did young women heed the #katesentme call?
Scroll to top