A group of Otautahi Christchurch locals stood together to show they want nuclear weapons banned!

It was a cold wintery night but there were a small group of dedicated walkers who rang the peace bell and listened to Dr Kate Dewes (who is representing NZ at the UN disarmament talks). They walked from the World Peace Bell in Christchurch’s Botanical Gardens to the Museum, where a panel discussion about the 30 years of nuclear free legislation was being held.

Throughout June and July of 2017, governments will negotiate a ban on nuclear weapons at the United Nations. On June 17, people marched in NY to celebrate and also demand a good treaty that prohibits these weapons of mass destruction once and for all! Kia kaha to Dr Kate Dewes who was in New York to attend the Ban the Bomb March there and the UN negotiations.

Below are some of the photos from the Ban the Bomb hīkoi which was held in conjunction with the 30 year anniversary of nuclear free legislation here in NZ.

For further info about the NY march and the kaupapa go to the global website: 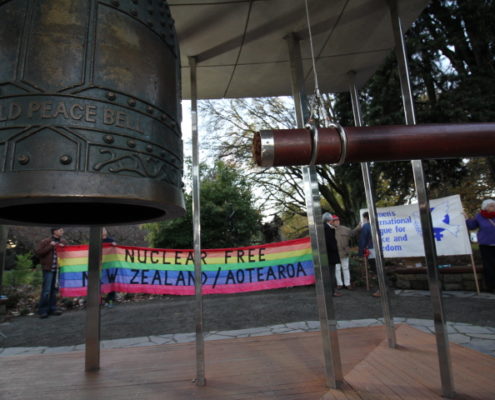 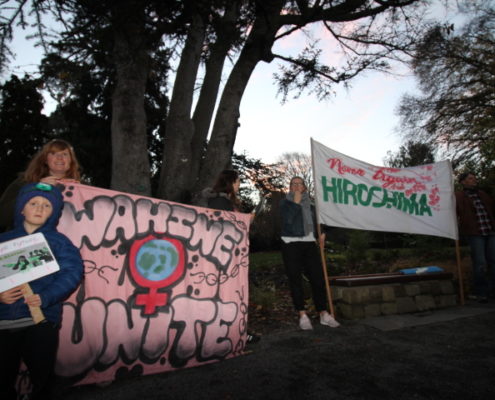 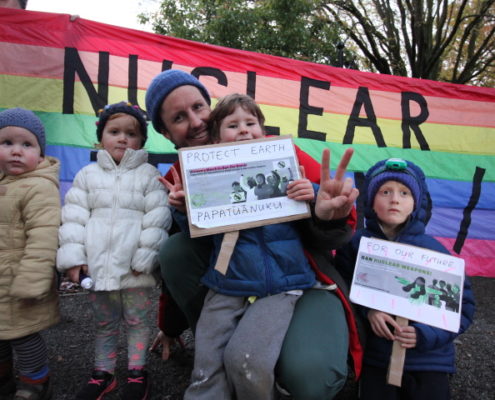 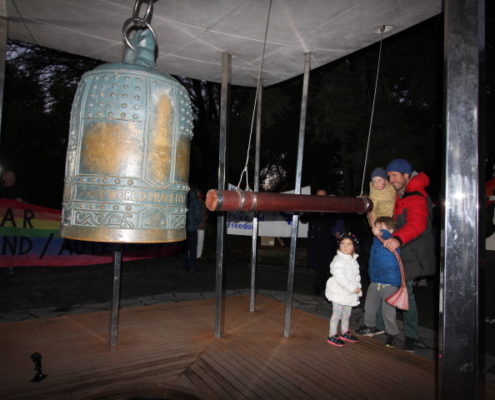 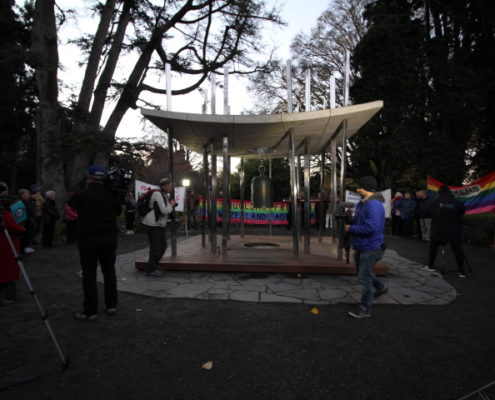 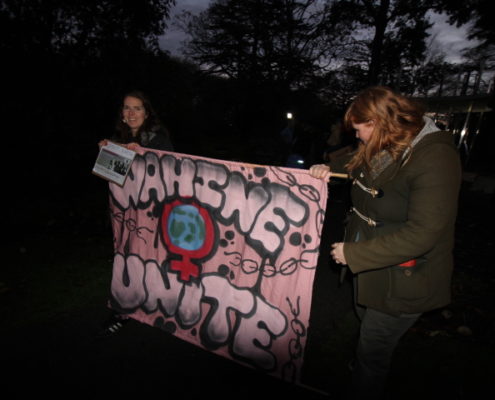 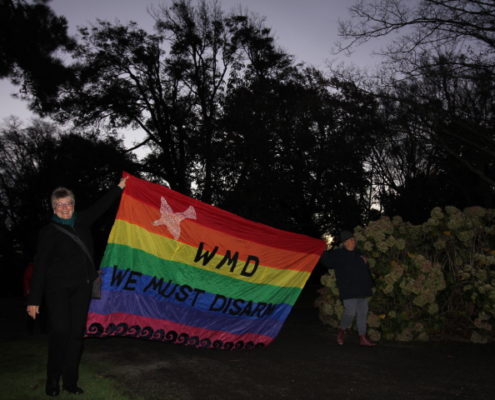 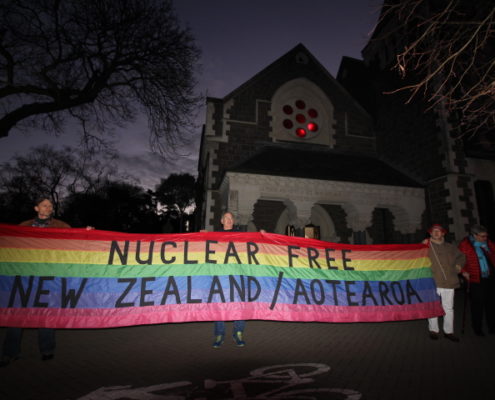 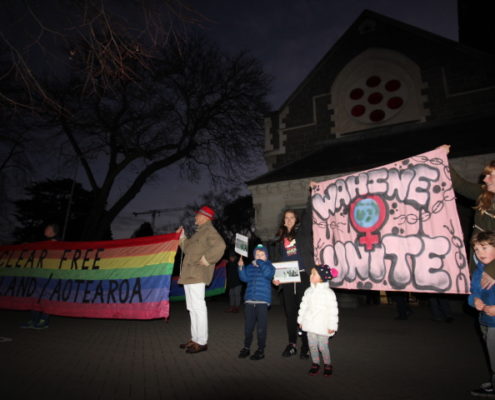 Why We March Documentary Film – Call for Submissions – June 2017